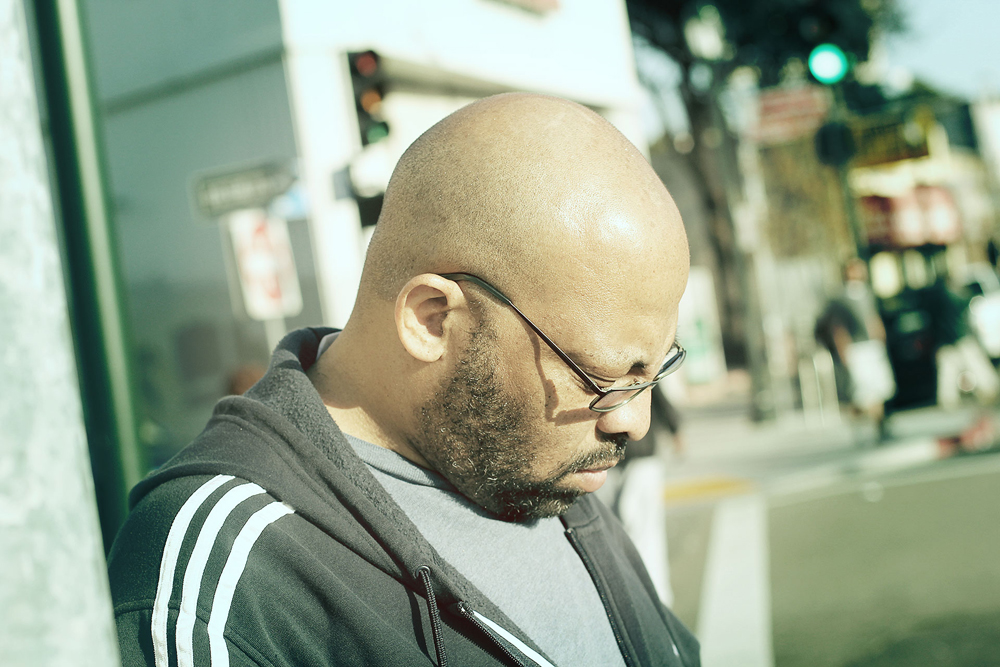 1. Who are you? / Describe what has influenced you to become who you are? My name is Todd Kelley (a.k.a. The Big La). I’m an Oakland Producer/DJ originally from South Central Los Angeles. I’ve been a DJ and Beatmaker since I was in my early teens. Hip-Hop has always been a big influence on me, and i’ve wanted to be involved in the culture anyway I could.

2. How was this particular selection born? (Its roots/ some of the featured artists on your list) For ten years I was the Music Director for flowink.com. I had a number of online mixes / podcast in the Hip-Hop/R&B space. But my most popular show was The Background Flow, which was dedicated to Instrumental Hip-Hop and experimental beats. There’s a lot of producers/beatmakers out there who create incredible music that really don’t fit into any mainstream genres. It’s a movement of creativity that doesn’t get it’s proper due. That’s what The Background Flow was all about. Artists like Abnormal, Dutchmassive, Obsidian Blue, and foisey are putting out great instrumental music that need to be heard.

3. What are some of the main challenges you find today in finding beats/instrumentals? /How do you navigate through today’s climate online/vinyl etc? It’s all about cultivating relationships with artists, fans and influential website/stores. Initially, it was an uphill battle. If you listened to my earlier mixes, there were a lot of instrumental versions of existing songs. But overtime (with the widespread ease of social media and music distribution sites), I was able to form relationships that made acquiring good music a lot easier.

These days, it’s a lot easier to get my hand on quality music. A good number of artists keep me in the loop for good music, using sites like Soundcloud and Bandcamp as delivery systems. The rest of the time, I’m either digging online on various influential blogs, or consulting with fellow music heads on social media.

4. How do you see the beat scene/ instrumental scene/ production scene evolving? The cool thing about a sub-genre that’s not on the ‘pop radar’ is that it’s constantly in a state of flux. More importantly for me, the constant flux is allowing my taste in beats to shift and evolve. It’s no longer about mimicking the style and sound of what the dopest emcees were flowing over. It’s about letting your creativity dictate the project. Styles between the producers and so dynamic and being a producer who has his own style, it makes me appreciate the creative process of every dope track i play.

5. What is the most important thing you listen for when you search for new gems? So, the secret to my song selection for mixes is i only play what i’m actually listening to at the time. When it’s time to put a set together, it will mostly come from the beats i’m digging at that moment. This changes from week to week for me. If I took time to put together a playlist, it would be an endless cycle of switching out songs. I have a constant supply of new music coming in and anything that catches my ear and gets my head noddin’ goes into the playlist. Pretty simple.