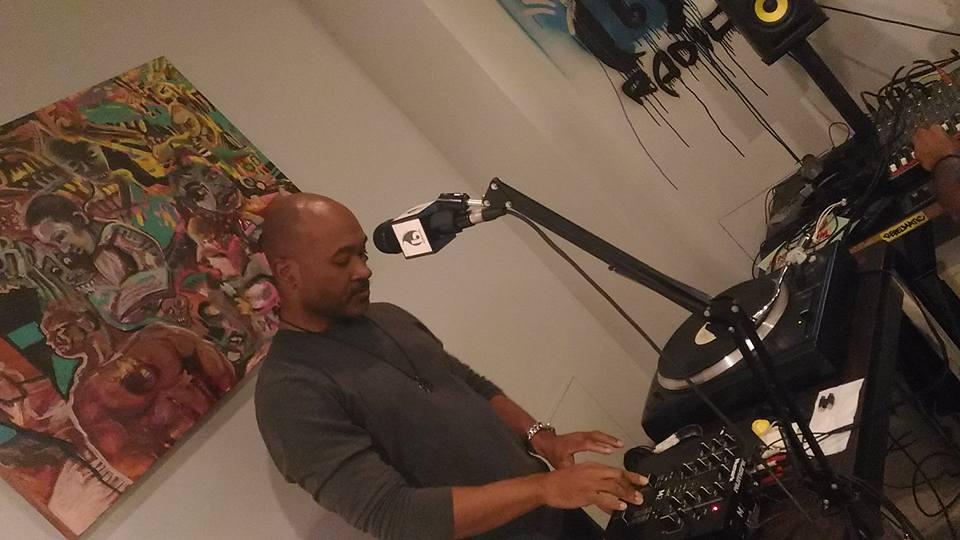 Who are you? / Describe what has influenced you to become who you are? I’m Macedonia, host of Radio BSOTS (Both Sides Of The Surface) and one of the music directors for Bondfire Radio.  My influences include the records that I used to pilfer from my grandmother’s basement, the liner notes on the back of album covers that I still treat like canonized literature, and GOD’s continued grace, mercy, teaching, chastisement, and humor.

How was this particular selection born? (Its roots/ some of the featured artists on your list) It’s birthed from the fact that I love instrumental music, from the sketches that beat makers provide to give you some inkling of what they’re capable of to full-fledged compositions, be they performed solo or by a 40-piece orchestra.  We can always let the music do the talking for us even when the words aren’t there to easily guide us towards some tangible conclusion.  Scales, notes, and rhythms are enough.

What are some of the main challenges you find today in finding beats/instrumentals? /How do you navigate through today’s climate online/vinyl etc? You can’t be everywhere online at once.  Websites like Bandcamp and Soundcloud have opened the floodgates and have become stomping grounds for a dizzying number of producers and beat makers worldwide.  There’s always something new to discover, always some other beat smith out there tapping the pads on their MPC or Maschine in just the right way that excites the senses.  These days, it seems like with every great cut that you find, there could be 20 that you’re missing out on.

The most dedicated seekers are the ones willing to sift through the average to get to the unbelievable.  As it is with crate digging in record shops, so it is with flipping through websites in the digital domain.  Find a producer or beat maker whose work that you’re into and chances are they will lead you back to their crew, their record label, their contemporaries in the game.  After a while, the sonic spider web just starts to build itself.

How do you see the beat scene/ instrumental scene/ production scene evolving? Collaboration helps inspiration to thrive.  Seeing connections like Flying Lotus working with Herbie Hancock is just amazing to me.  It’s working relationships like those that can take beats to new heights.  Beat makers don’t always have to get down with famous rappers to make a name for themselves, but it helps.  Whether it’s Hudson Mohawke providing work for Kanye or Knwledge laying down tracks for Kendrick Lamar, someone above the surface will always have their eagle eye firmly focused on underground sounds.  New developments in beat creation just seem to continue and haven’t stopped since Dilla showed us that everything doesn’t have to be fixed within a locked groove, that you can lay behind the beat a little bit and allow the tracks to breathe.  The production became human again, as if a warm heartbeat had replaced a cold flat line.

What is the most important thing you listen for when you search for new gems? When someone takes something familiar that’s been sampled a thousand times and somehow finds a new way to flip it, keep tabs on that producer.  Not all beat makers have the ear of an arranger, but the ones that do immediately stand out.  Pay attention to those that not only make your head nod, but make your heart melt.  ELWD (pronounced “Ellwood”) put out an album this year that has me still trying to figure out how he captured moments of the divine into these brief cuts that barely last two minutes.  Full disclosure:  one of the cuts on the album had me in tears in the laundromat on a Saturday morning.  That’s when you know that beat makers aren’t the low rung on music’s ladder: they are symphonies in and of themselves when they’re done right.  When it’s clear that a producer is trying to do more than just make your head nod with the latest beat that they’ve crafted, do yourself a favor and take notice.